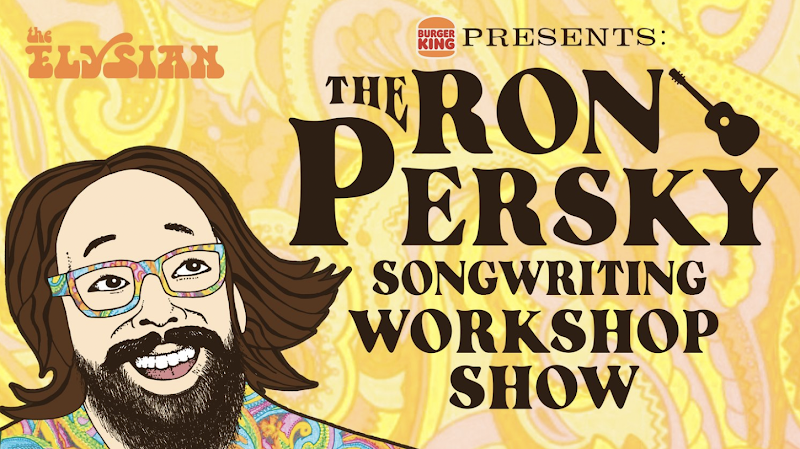 Join Instagram songwriter, influencer, and brand ambassador Ron Persky on a tuneful and heartwarming journey as he shares the delights of his songwriting process in a unique show that promises fun, self soothing interactive participation and neurotic oversharing. Prove to Ron’s mom and yourself that everyone has a great song inside of them just waiting to get out! Follow The Ron Persky Songwriting Workshop on Instagram at @Ron_Persky. Thanks for jamming!!

Ron Persky is played by Timothy Nordwind. Born and raised in Kalamazoo, Michigan, Timothy received his BFA in Playwriting from the Theater School at Depaul University in Chicago. After graduation, Timothy and his friends formed the band OK Go. OK Go has become best known for their groundbreaking viral videos garnering millions of views and winning them several awards including a Grammy, MTV VMA’s, and The Smithsonian Ingenuity Award for Visual Arts.

Outside of OK Go, Timothy is a DJ/Producer for the audio/visual collective Xia Xia Technique, and produced and played in the indie pop band, Pyyramids. Timothy has also acted in a few films including the indie comedy Dave Made A Maze, and Other People’s Children for which he also wrote two songs for the soundtrack. Timothy currently resides in Los Angeles.