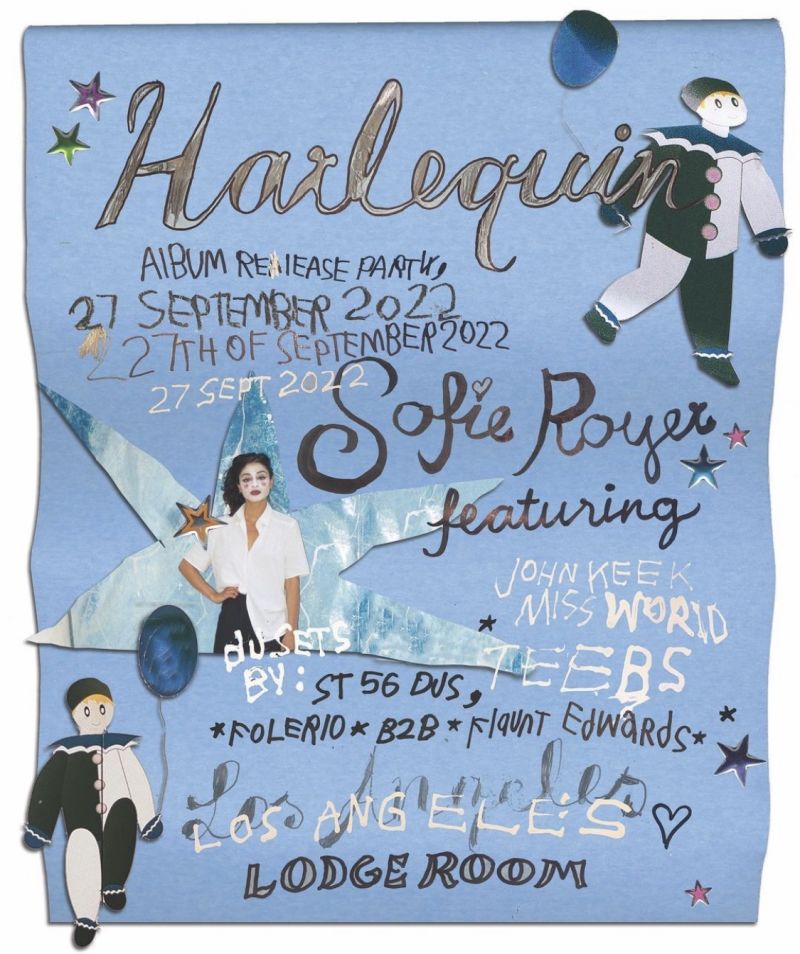 Sofie Fatouretchi Royer is an artist and musician, born in California to Austrian and Iranian parents. A classically trained musician, she spent her teenage years in Vienna studying concert violin and viola at the Konservatorium; performing with the Junge Philharmonie in the Volksoper, Musikverein, Konzerthaus, and various concert halls.

Her work in music began when she started interning at Stones Throw Records, an American independent music label based in Los Angeles, and subsequently was hired as digital manager, a role which expanded to A&R; bringing several artists to the label. Her foundations in DJing began at a Stones Throw hosted night called 56, which took place at the now defunct Mr T’s Bowl in Highland Park. There she connected with Boiler Room, when they scheduled their first West Coast broadcast, and she was booked to open for Dam-Funk, J Rocc and Peanut Butter Wolf. She quickly became responsible for the Los Angeles outpost, curating and hosting shows, later expanding to business development, merchandise and creative direction, a move that saw her moving to New York and London.

As of 2017 she resides in Vienna, where she studies painting under Henning Bohl at the University of Applied Arts, as well as Philosophy, Psychology and English at the Universitaet Wien, plays violin in the Wiener Akademische Philharmonie, and works as a DJ, with her own radio shows on London’s NTS and Austria’s FM4. Her debut, self-produced solo album, Cult Survivor, is newly released on Stones Throw Records.