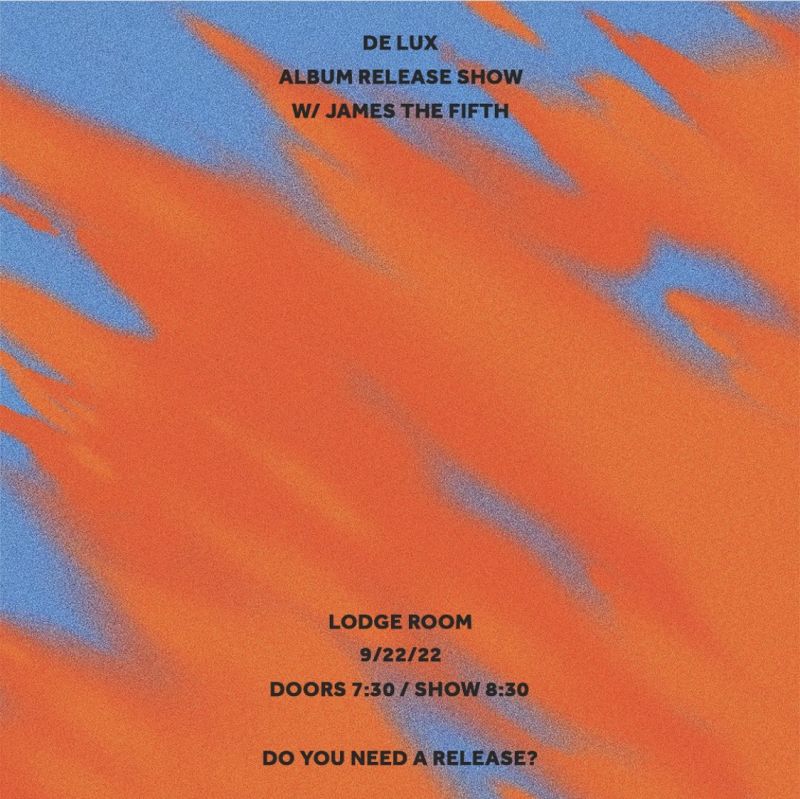 After establishing a sound on their debut Voyage and establishing an identity with the revelatory Generation, L.A. disco-not-disco duo De Lux took a moment to re-center and come back leaner, sharper, clearer and deeper on their new More Disco Songs About Love. Now that co-founders Sean Guerin and Isaac Franco know how to play and what to say, they’re ready to just get lost in the music. As the band puts it: “We like to say Voyage was our baby, Generation was our baby all grown up and More Disco Songs About Love thinks growing up sucks and just wants to party smart.

Their 2014 debut Voyage revealed De Lux as an outfit matching post-punk sentiment and the-sociopolitical-is-personal perspective to joyfully indulgent analog synthesizer soundscapes and a deliriously transportive musical joy. 2015’s Generation added an almost-documentary aspect to their dance music, delivering clearly personal stories of anxiety and aspiration. And 2015 also saw their first major festival appearance at Bonnaroo, the prelude to their hotly tipped Coachella debut in 2016 and then sharing a bill with Arcade Fire at New York City’s Panorama fest.

Now More Disco Songs is a stream-of-consciousness tour through De Lux’s reality. (With New York City dance-punk legend Sal P. of Liquid Liquid and the Pop Group’s maniacal Mark Stewart as guests, of course.) Though the title might seem like some kind of clever reference, it’s really simple and direct. The disco is the sound—in the most innovative way, of course—and the love is the sentiment: “It’s all literal to us but we realize that it might not be for others,” they say. “We like the idea of giving listeners something to question. But there’s love in there.”

“De Lux have concocted the perfect mix of disco, post-punk and funk” – KCRW