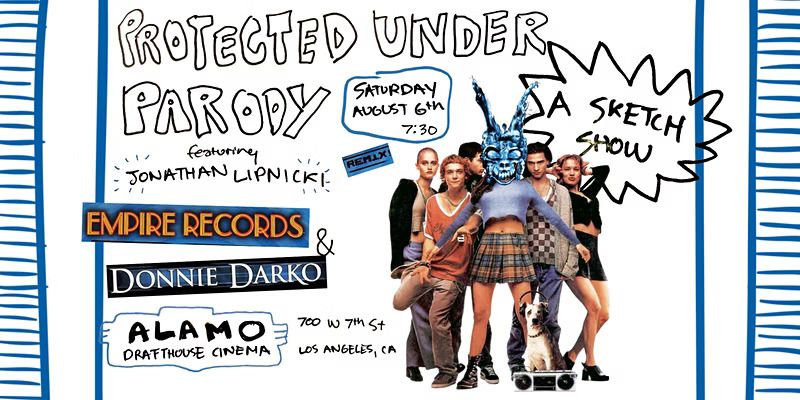 Come on down to Alamo Drafthouse for a very special sketch show mashing up two of Hollywood’s most beloved movies— Empire Records and Donnie Darko. A match made in heaven.

Not only will these movies be parodied, but they’ll be mashed up by our genius squad of comedians for a double feature comedy creature extravaganza. Nothing could ever make more sense. Why hasn’t anyone thought of doing this before?!