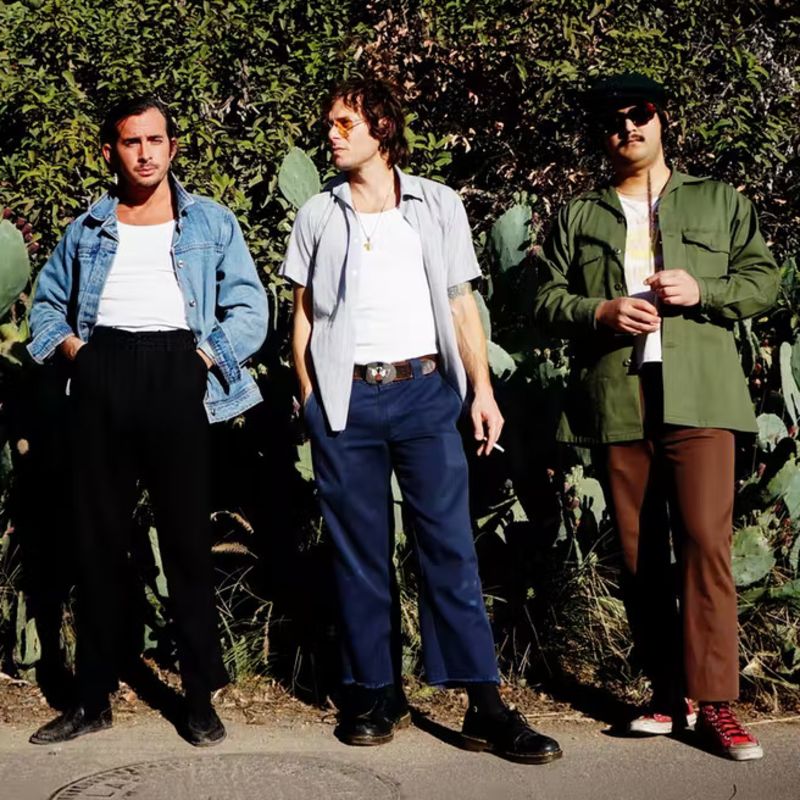 As they turn to the latest chapter of an already accomplished career, the Mystic Braves embody a decade of boundary-pushing Southern California creativity—from the birth of Hollywood in the early 1900s to the lysergic mania of the psychedelic ’60s to the pure-pop bliss of the ’80s Paisley Underground to the new wave of streetwise garage rock. Transcending the heaping piles of garage bands around the world desperately aping the styles of their outmoded heroes, Mystic Braves emerge as a beacon of rock and roll authenticity, their disheveled, freewheeling look and devil-may-care attitude a genuine product of personality and experience rather than revivalist marketing. Mystic Braves deliver that legacy in their records. Last year’s The Great Unknown pares down their previous peregrinations—shelving the exotic instrumentation of 2015’s Days of Yesteryear and the fuzztone feedback of 2014’s Desert Island and 2013’s debut Mystic Braves—for classic, unforgettable songwriting. It’s not that the Braves have abandoned the weird, but rather the weird is now but another color in a prismatic palette. They’ve even got a few new songs already in the works and, above all, a renewed sense of camaraderie. The energy is palpable in their songs and live performances, as prevalent and natural as the effortless swagger that permeates their every move. Mystic Braves are ready to move on.