Mikel Farber is a singer-songwriter based in Los Angeles. His Jung Vigor EP was released on August 26th. Refusing to lean on the cozy crutch of genre, the five songs swing from a folk-whisper, to a synth-driven soul ballad, to a rockabilly tinged takedown of his least favorite outfit.

Christina’s World is a music project born in Los Angeles and raised in Appalachia. It tries to stay with the trouble and hold the tension of the opposites. It’s a lot of talking about family but it’s also mystical and chill. Yes there is vinyl.

Alaska Lynch, the Poet Laureate of Gucci, has performed at numerous fashion events all over the world. With wild-staring eyes and a blazing neon sign, he preaches about technology, consciousness, and his own life experiences, all while attempting to hold on to his own sanity. He alternates between fiery sermons and the absurd, leaving his audiences wondering whether they should laugh or cry.

In addition to poetry he also plays the accordion. When asked why he chose the accordion he often replies, “it is a portable church organ: the ultimate in gothic technology.” 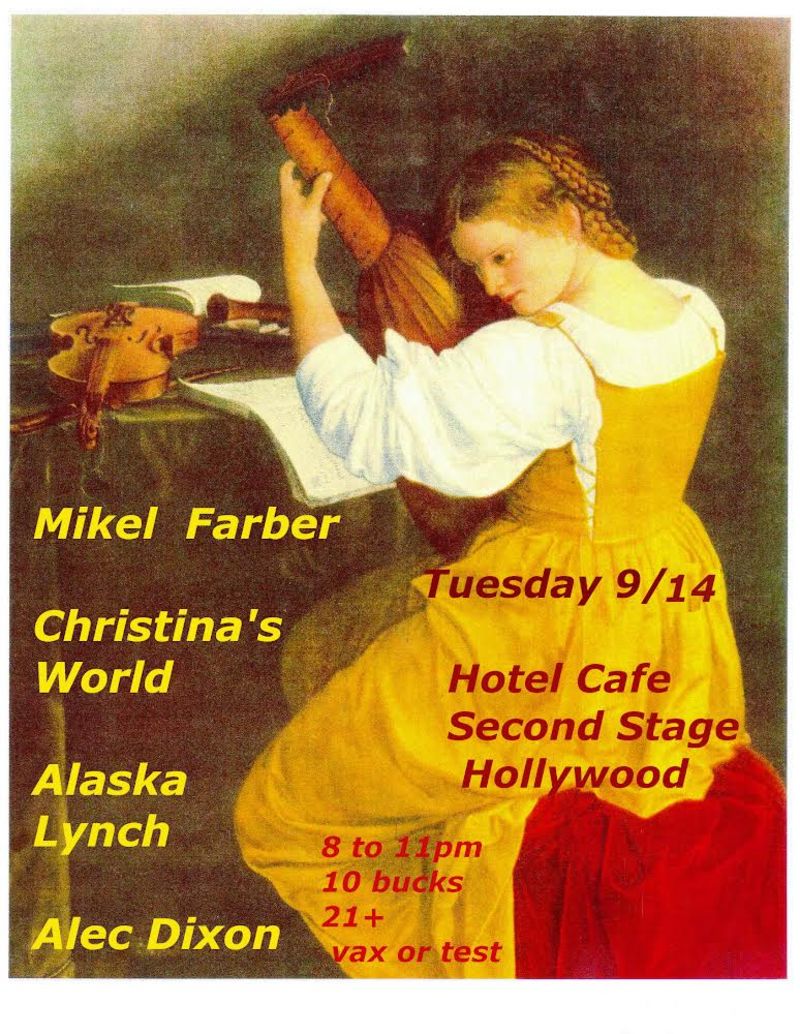