Come together through awesome music for a great cause, with all funds raised to be donated to the World Wildlife Fund Australia and the Foundation for Rural & Regional Renewal.

The fires in Australia may seem a world away but the need to come together as a global community is urgent. With over 2,000 homes burned and approximately a billion animals lost, it is time to rally for our neighbors across the globe!

Foundation for Rural & Regional Renewal: Distributing grants to recovery projects and providing psychological assistant for those affected by the fires.

In addition to the show, there will be merchandise for sale donated by Suzy Poling, live mini-poster printing by Karim Shuquem of Graphic Non-Violence, and more!

Graphic Non-Violence creates graphics to support groups who make it their mission to contribute positive change in the world. Graphic Non-Violence leads printmaking and digital media workshops with a purpose to engage in skill-sharing as well as discussions of civic responsibility and action towards addressing systems of oppression. Their next workshop March 5th teaches relief printmaking and includes a discussion on the use of relief printmaking in protest movements. Workshop held at 314 W. 58th st. 3 PM

David Pajo is a musician from Louisville, KY currently residing in California. He has played in various bands over the years including Slint, Stereolab, Tortoise, Royal Trux, Yeah Yeah Yeahs, Interpol, and so on. Papa M is his solo music, primarily instrumental and always exploratory.

Agender is an all girl post-punk band from Los Angeles, California. Agender are known for their intense, tight knit shows. Agender is interested in where the existential meets the political. agender: dissecting dysmorphic desire. Agender is the fixation on, and fetish with the feminine. Agender are: Romy Hoffman- guitar & vocals, Cristy Michel- bass, Cristy Greenwood- drums, Sara Rivas- synths.

Kim Kicks (drums) has the explosiveness of Keith Moon (The Who) and the fortitude of Taylor Hawkins (Foo Fighters). Pete Kicks (vocals/guitar) has the emotional clarity of Paul Banks (Interpol) with guitar riffs summoning the ingenuity of Mick Jones (The Clash).

Growing up in the suburbs of Melbourne, they began creating music in true rock n roll fashion in the confines of the family garage. After receiving several visits from the police who informed them their raucous rock was reverberating throughout the surrounding neighbourhood, they graduated to jamming in music studios and then live on stage. Now based in Los Angeles, they have enough energy to light up a small city. Their catchy riffs & electrifying stage presence, leaves the audience excited and wanting more.

Shared by a member of the community 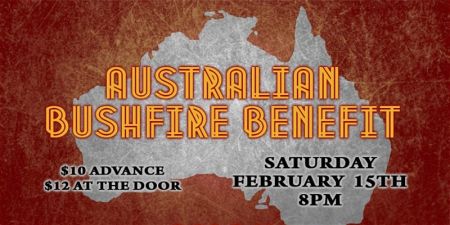