Join What The Sound for another one of our evenings filled with music you’ve got to know about! We’re thrilled to announce The Ceremonies. The show is 21+ and will be happening at The Hotel Cafe n Hollywood on Saturday, September 14. The price of admission is $10 in advance and $12 day of show. Tickets are available online and at the venue, day of show. Doors are at 9PM and live music will begin shortly after.

Here’s what you need to know about those performing:

The Ceremonies - Brothers Matter, Mark, and Michael Cook make up the art pop/rock trio known as The Ceremonies. Their sound weaves an ‘80s New Wave nostalgia into cutting-edge alternative rock with hints of classic pop. Inspired by their favorite poems, novels, philosophies, and songs, they call themselves “The Ceremonies.” They define Ceremonies to be “gatherings that unify a community despite their context—ranging anywhere from a wedding to a funeral—a full spectrum of human emotion.” The Ceremonies released their self-titled debut EP via Capitol Records, led by the single “Land of Gathering.” The track’s music video was directed by the band themselves wherein the boys open up a portal to their former, animated childhood selves by painting a door that blends two worlds. The band also indulges in multimedia creations, often releasing drawings, paintings, and poems. They’ve recently announced the title of their first full length album, “IMAGINATION ISN’T DEAD” which they hope to share with their fans soon.

Shared by What The Sound 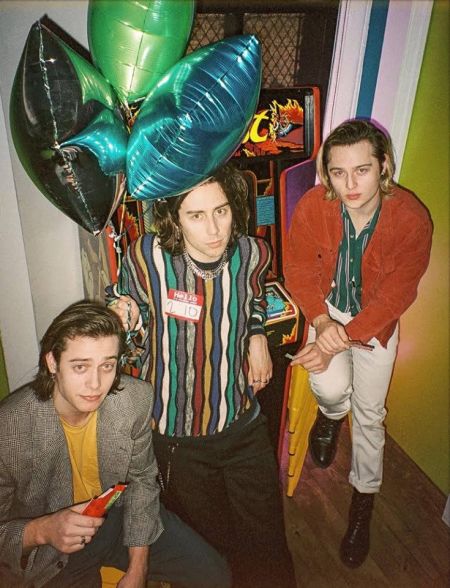