+ MORE SPECIAL THINGS TO BE ANNOUNCED!

Andy is having a thumper! with all of his best mates to celebrate the release of new music from his “War Stories” series.

“A concoction of new wave and heartland with a tinge of Australian 80’s pub rock and electronica, The Lucky Ones “posits that rock is very much alive, having evolved into some James Murphy–dreamed electronic soundscape incorporating elements of everything from post-punk and new wave to spacious (and spacey) prog rock.” - Flood Magazine

Clockwise crafted the album “War Stories” on his farm outside of Sydney (seen in the video below) and his Basement Studios in LA. Playing most instruments as well as producing, engineering & mixing the album. He also collaborated with Omar Yakar Jr. (War On Drugs, Perfume Genius) in Los Angeles at Boulevard Recordings (Pink Floyd The Wall, Fleetwood Mac Rumours). ​

To celebrate KROQ FM will present The Echo in LA on September 11th for his concert series “Hotel Electric”.
Known for his legendary, inclusive & verbose shows, this concert is not to be missed! Listen out on “Locals Only” for giveaways!!! 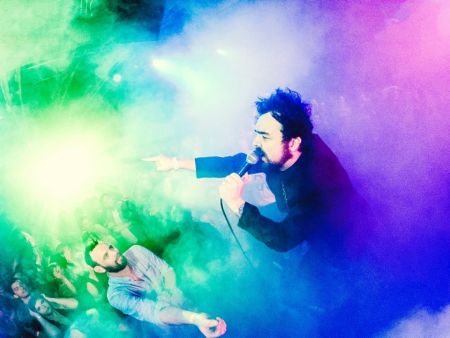