This event happened in the past
Comedy

Join five real-life human beings as they take you on a whirlwind tour of their bizarre little planet, seen from the outside for the very first time! Forget everything you think you know and learn it all again in this spectacular, sketch-shaped trip through the kinks and quirks of life on Earth.

‘The most renowned sketch troupe of them all’ (The Independent) embark on another exceptional world tour, performing to over twenty thousand people across two continents. This year’s tour travels to London, Edinburgh, San Francisco, Los Angeles, Boston, New York, Cambridge, and many more. Don’t miss your chance to see the latest on offer from the group that launched many of the greatest names in British comedy, including Stephen Fry, Emma Thompson, Hugh Laurie, Olivia Colman, John Oliver, David Mitchell, Robert Webb, Richard Ayoade, Mel Giedroyc, Sue Perkins and John Cleese.

Shared by The Comedy Bureau 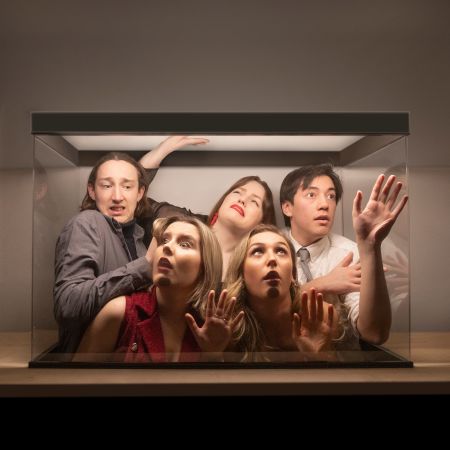